January 13, 2018
Today I am incredibly pleased to be hosting a stop on the Traitor blog tour. I love good historical fiction and I love novels with an awesome female lead and this series has both. Also it's one of those series that is really strong from book to book which made me so very impatient between books as I couldn't wait to get my hands on the next one. 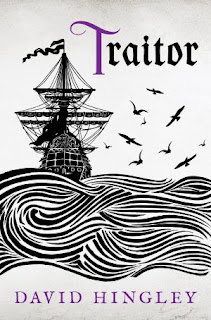 May 1665. With winter passed, Mercia Blakewood is at last headed back to England from America, hoping to leave behind the shadow cast by death and heartache. She expects a welcome from the King considering her earlier mission at his behalf, but the reception she receives after her long voyage home could hardly be called warm. With the country now at war with the Dutch, the Crown has decided that Mercia is an asset to be used once again. More manipulation lies ahead as Mercia must accept a clandestine role at the heart of the glittering and debauched royal court to unmask a spy and traitor.

My thoughts
I loved this book. I was really excited when it first arrived as I had loved the previous two books and wanted to know whee it was going to go next. This book starts as Mercia arrives back in England immediately after the events of Book two where she was in America on a mission for the King. It gets straight back into the action as Mercia is summoned to the king and given another assignment. This time she is to go to the Royal Court and try and uncover who the female spy is within court.

I loved catching up with Mercia again. She's such a brilliant character and I love how she breaks away from the Stuart era stereotype of what a woman should be and is willing to stand up for herself and take on challenges that women would not have been expected to have been involved with.

I really enjoyed the setting of this book and getting to see the working of the Royal Court complete with its mix of glamour, scandal and political manoeuvrings. The story itself unfolds as a mystery as Mercia tries to work out who the spy is by getting close to other women in court and trying to find out more about them.

As a side note the story also looks at the role Britain played in the slave trade by looking at the Stuart fashion of women having a Black African Slave as almost an accessory to accompany them to show off their status and wealth. This fascinated me because the racist ideas behind it are so awful but equally one of the reasons why Britain managed to gain such wealth as its Empire grew.

All in all a story I thoroughly enjoyed and a series I have loved and would thoroughly recommend.

Not read the rest of the series? 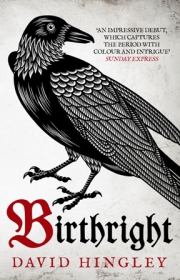 The treacherous times of the Restoration are brought to startling life in an exciting new historical crime series 1664. Four years after Charles II is restored to the throne, Mercia Blakewood stands to lose everything: her father to the executioner's axe, her freedom to her treacherous uncle, her son to his resentful grandparents. But when her father leaves her a cryptic message in his last speech, she seizes her chance to fight back. With would-be lover Nathan Keyte and unlikely new friend Nicholas Wildmoor, Mercia must unravel her father's mystery to find a great prize long thought lost, striving to recover the King's stolen birthright in the hope of reclaiming her own. From London's bulging metropolis to the forests of Manhattan she will contend with murder, intrigue and lust, fighting for her future and her life as the town of New York is born.

Book one ‘Birthright’, is currently just £5.99 on the Allison & Busby website or available in a beautifil signed edition via Goldsboro Books 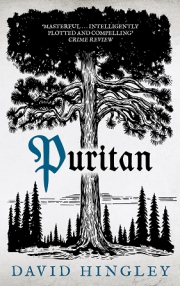 Following adventures she would sooner forget in the newly renamed New York, Mercia Blakewood is hopeful that she has gained the leverage with the king she needs to reclaim her family's home back in England. The breathtaking new world piques her curiosity and a burgeoning friendship with Clemency Carter, a local medicine woman, prompts Mercia to delay her return. Navigating an unknown landscape, the aftershocks still felt of revolution and restoration, and the uneasy relationship between the Puritan settlers and native Indians, proves complex. But when the virgin forests of New England are tainted by murder, Mercia will not rest until the killer is brought to justice.

If you're still feeling the pinch after Christmas both books should be available at your local library, which is where I first discovered the series, or many library services will allow you to request they buy titles in.