I once worked out I’d lived in as many houses and I had years on earth – maybe it doesn’t quite match up today, but it must very close. When you move around as much as I do, you’ll know the cost of shipping crates of books is extortionate, so over the years I’ve had to trim down and streamline as much as possible.

That said, I love my coffee table books – especially if they’re about film, music, architecture and art.  Part of my dream is to write a horror film, so I’ve collected a good few shooting scripts (see: The Shawshank Redemption) as it’s the best way to get a feel for what is a completely different craft. 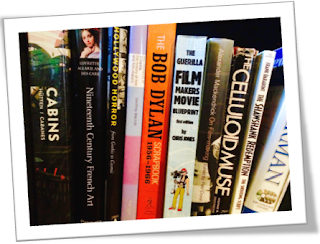 The great thing about being an Author is the free BOOKS. So many books. Here I have Stephanie Garber’s debut Caraval, my cousin Rachael John’s Aussie romance Outback Blaze, stable mate Alex Wheatle’s Crongton Knights – oh, and that looks like my very own Arc! Doesn’t it fit in so well? 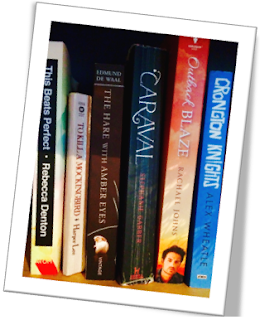 If you follow me on Instagram, you’ll know I have an old, rundown writing cabin in Austria. Its sometimes -17 degrees and so we installed a wood burner there. But still, the couch nearly freezes over.  And the floor. Dear, god. It gets cold. Anyway, as it sometimes doubles as a guest room in summer we have a book shelf of mixed reads. 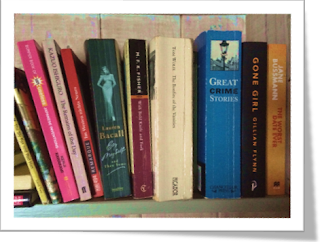 Lauren Bacall’s By Myself is such a great read if you love an old school Hollywood biography.  With Bold Knife and Fork is the BEST EVER cookbook, and an amazing trip back in time to when eating in provincial France was still completely exotic and there wasn’t a Café Rouge on every London street corner.  Also, Bonfire of the Vanities, which was given to me by an ex-boyfriend and so out in the cold shed it stays.