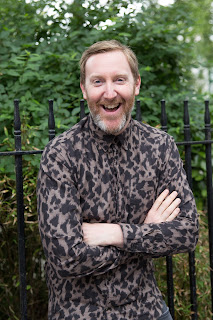 How influential was music to you as a child?

Very, my dad was in a band that did pretty well and he had a huge record collection (back in the days of vinyl). I remember this one record as a very young boy that was pink. It fascinated me. It was Elvis Presley and it was amazing. My dad had all the classics. The Beatles, Stones, Who, Dylan. It was a treasure trove.

How impactful do you think reading is on music and songwriting?

I think it’s extremely impactful. Reading helps you collect the words you need to be a good songwriter. I still look up words I read in books I don’t understand and learn their meaning.

I was inspired by boredom. I was on the road with my band, Officer Kicks, and I didn’t want to drink all day or watch TV so I started writing. I wrote it about a band because it’s what I know.

Are there any events in the books that are based on real life, and can you tell us which ones?

Oh yes, loads! Many I can’t tell you about. In book 1 when one of the band gets their hair stuck in a guitar - that happened to the Funky Love Children when we were seventeen.

Which book or author would you say influenced you the most as an author?

J. R. R. Tolkien without a doubt. Of course our material and styles are worlds apart (he’s on a different level in terms of his genius!) but I have read his books several times and they never fail to inspire.

Which musician or song would you say has influenced you the most as a musician and songwriter?

The Beatles. Their range surpassed all in my opinion. They are undisputed.

What advice would you give to someone thinking of writing a book for the first time?

Write it from the heart and work on it very, very hard. Complete it and (this is the hard part) keep doing it until you get good. Practice never makes perfect but you do get better.

What advice would you give to budding musicians and songwriters?

The same as above. Just write, always. Be obsessed by it.

Which band or artist, living or dead, would you most like to meet and why?

Who's your favorite RockAteer and why?

Oh, that’s a tough one. I think Burt because he has been such a joy to bring to life. I really think he’s misunderstood and writing about bad guys is more fun. 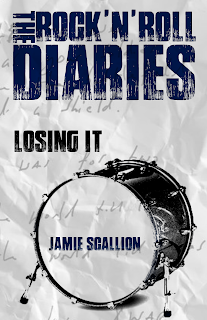