Time travel: putting the spanner in the works in SeaRISE 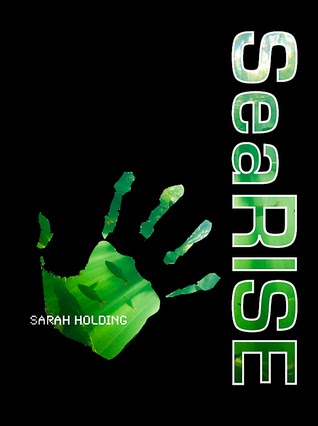 Everyone dreams of time travel, and fantasizes about when they would travel to if they had the chance to step through a time portal, don’t they? It’s the kind of escapist trope that crops up again and again in science fiction, and makes for some hugely compelling plotlines. Growing up, I for one was a big fan of stories like Tom’s Midnight Garden and Charlotte Sometimes, where the characters by virtue of a grandfather clock striking thirteen or an old brass bed in a boarding school, are transported back to another time. Nowadays, the control system for time travel itself is often the focus in science fiction movies like Time Code, Adjustment Bureau and Looper. I like to think of Groundhog Day, one of my favourite films, as a kind of ‘stalled’ time travel movie.

When I came to write my own time travel tale, The SeaBEAN Trilogy, I knew I’d have to confront the age-old conundrum which has dogged concepts of time travel, sometimes referred to as the ‘grandfather paradox’. That is, how can you go back in time and affect things without destroying the possibility of your own existence, as happened to Marty McFly in Back to the Future when he notices that unless he makes his parents fall in love with each other, he’s gradually disappearing from the family photo he’s carrying in his back pocket.

In SeaBEAN, when the main character Alice comes across a mysterious black cube – the ‘C-Bean’ – on the beach she has no idea it has the potential to travel through time. Her first challenge is to get inside it, and as she slowly figures out how to control the C-Bean and make it go somewhere, she also learns that she can communicate with people across time and even affect events to change how things turn out.

Because this is complicated enough for most readers, I needed to keep my time travel rules quite straightforward, because I got completely lost when I read The Time Traveller’s Wife, and eventually gave up on it, which is not something I usually do with a book! For example, if Alice spends an hour back in 1851, she is missing for an hour from her present. I also wanted to instill the idea that if time travel is possible, it comes with a health warning and some possible side effects. So in the second book, SeaWAR, Alice and Charlie start noticing they feel ‘rearranged’ once the C-Bean is updated to a Mark 4, where the time travel algorithm is more aggressive on the human body.

But most important of all, rather than depict time travel in a gratuitous we-can-do-anything kind of way, I needed to convey the sense that it is a privilege and a responsibility. Having harnessed the C-Bean’s powers, Alice realizes she needs to take care to bring about change that is beneficial and not harmful to our existence. And by the end of SeaRISE, we get to see the final outcome of her actions.