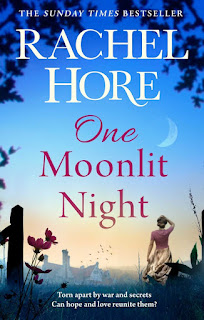 Accept it, he is dead.No, it’s not true.It is. Everyone thinks so except you.Forced to leave their family home in London after it is bombed, Maddie and her two young daughters take refuge at Knyghton, the beautiful country house in Norfolk where Maddie’s husband Philip spent the summers of his childhood.But Philip is gone, believed to have been killed in action in northern France. Despite overwhelming evidence to the contrary, Maddie refuses to give up hope that she and Philip will some day be reunited. Arriving at Knyghton, Maddie feels closer to her missing husband, but she soon realises that there’s a reason Philip has never spoken to her about his past. Something happened at Knyghton one summer years before. Something that involved Philip, his cousin Lyle and a mysterious young woman named Flora. Maddie’s curiosity turns to desperation as she tries to discover the truth, but no one will speak about what happened all those years ago, and no one will reassure her that Philip will ever return to Knyghton.

I am delighted to be taking part on the blog tour for Rachel Hore's newest novel today. I love historical fiction so Rachel's books always are a bit of a treat for me and when I found out this one was set in Norfolk during WWII I was even more excited to read it.

One Moonlit Night is the story of Maddie. Maddie's husband is missing presumed dead early and after being bombed out of her house she decides to return to his family's ancestral home to find out more about her husband's past.

I thoroughly enjoyed this book for several reasons. I liked the focus it gave to those left behind during war and the impact that then had on them. I loved finding out all the secrets that surrounded Philip and finding them out with Maddie. I enjoyed the will he, won't he return part of the storyline which kept me guessing right through the book with Maddie so convinced he would return when all the odds and everyone else was convinced he would not return. I also enjoyed the setting of war time Norfolk and seeing the places I am so familiar with during a time period which continues to fascinate me.

If you love historical fiction you will adore this book